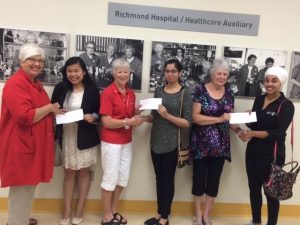 Each year, the Richmond Hospital Healthcare Auxiliary presents bursaries to post secondary students who have volunteered a significant amount of time at the Richmond Hospital.  The bursary program, generated by funds raised by the Auxiliary, was started as a meaningful way to give back to student volunteers who help the hospital in various ways and are pursuing studies in the field of healthcare.

This year, three deserving youth volunteers were awarded bursaries totalling $6,000.  Riessa Bolito (pictured left) is entering her second year of Nursing and volunteers with the Recreation program at the Minoru Residence affiliated with the hospital.  Jasdeep Kandola (middle) is in her third year towards a Bachelor of Science in Nursing at Kwantlen University.  Her volunteer work has been in Cancer Care and Medical Imaging at the Richmond Hospital.  Manpreet Kaur Gill is in her second year of a Bachelor of Social Work and Criminology.  Manpreet has been assisting in the hospital’s Social Work department. 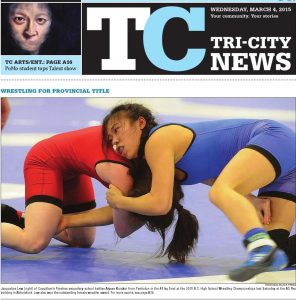 Two youth volunteers at the Eagle Ridge Hospital Auxiliary have made headlines for their athletic achievements.  Jacqueline Lew won the 2015 BC high school wrestling title, captured a gold medal at the Western Canada Games, competed at the Pan Am Games, and was chosen to represent Canada at the 2015 Cadet Wrestling World Championships in Sarajevo, Bosnia & Herzegovina.

Kadin Chung, a member of Canada’s Under-17 national soccer team, signed a professional contract with the Vancouver Whitecaps FC 2 (United Soccer League).  Kadin, from Port Coquitlam, spent four years in the Whitecaps pre-residency program. In November, he was called up to participate with Canada’s U-20 national men’s team. 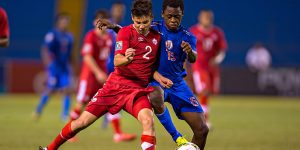 ← Across the Province BCAHA's Mission: to Link and to Strengthen →